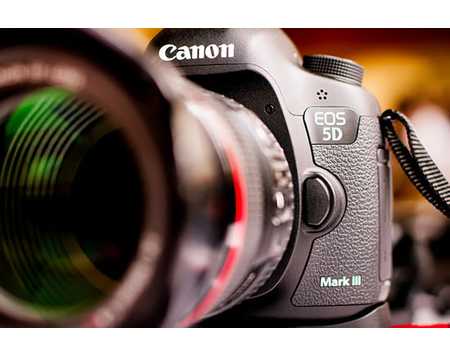 The Canon 5D Mark iii is an exciting upgrade from the Mark ii, presenting several features that will make this camera a great option for video shooters and still photographers alike. We rent the 5D Mark iii in the Orange County area and deliver.

To inquire about availability, rental rates for different rental duration, rental process or a package deal, please fill out our rental inquiry form

The Canon 5D Mark iii has the image quality of its predecessor and more. Canon has fine tuned the 5D series with the release of the Mark iii, making it more user friendly with a special eye toward video shooters. An improved image processor (DIGIC 5+), greatly improves its performance. The camera is more efficient and performs faster. Finds the focus faster and processes images faster. The camera is capable to shoot up to 6fps. An improved ISO makes the Canon 5D Mark iii capable to shoot in extreme low light. ISO goes up to 25600 but is also expandable to more than 100000 ISO. Still with a full frame sensor, the 5D Mark iii has added more pixels and boasts a 22.3MP sensor, compared to the 21.1MP sensor of the Mark ii. Other exciting features include a 61 point AF system, high dynamic range, a bigger LCD screen, Intelligent Viewfinder and the ability to shoot slow motion up to 60fps at 720p.